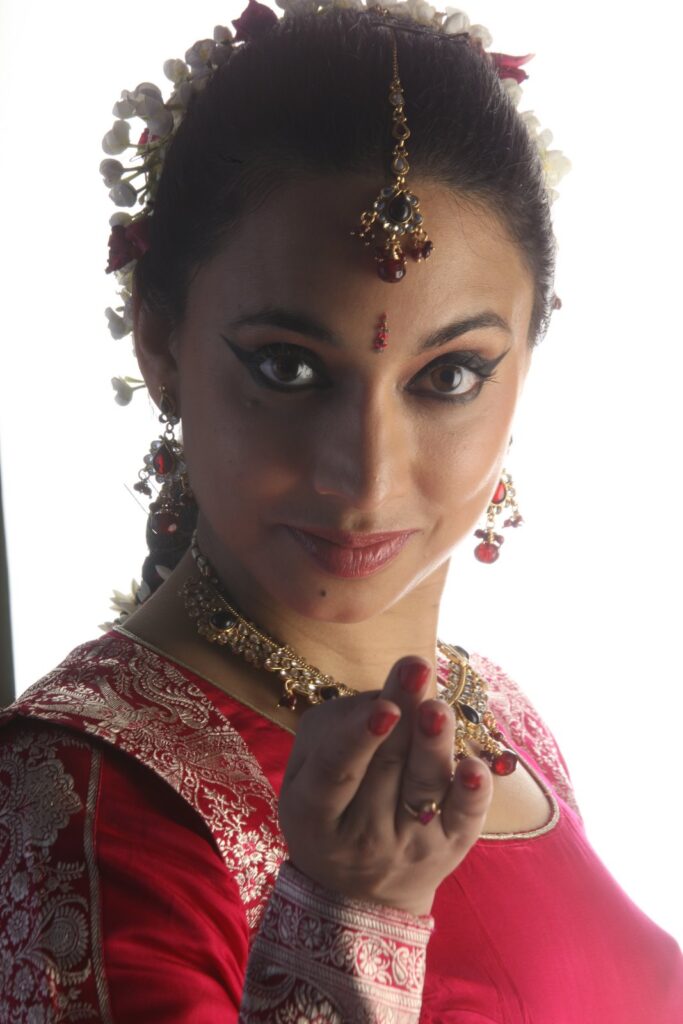 Labonee Mohanta, disciple of Kathak maestro Pandit Chitresh Das, began her training in Kathak dance at the early age of 8. She is a prominent solo artist, having performed Kathak solos to great acclaim in dance and music festivals throughout the United States, Canada, India, and Europe. Labonee has become renowned for dynamism in her dance, fiery footwork, subtlety and grace in movement, as well as one of the few who can perform the fastest pirouettes in the field of Indian dance today. She also employs the technique “Kathak Yoga” where she simultaneously sings the rhythmic cycle, dances complex mathematical patterns, and plays the harmonium.

Recently, Labonee has established her own dance company in California and teaches 65 students in 3 locations in the San Francisco Bay Area. She is also the Dance Director of the Toronto Tabla Ensemble, for which she regularly performs and choreographs the dance segment of the Ensemble for productions in North America and abroad. Labonee also works with the Ensemble on creating and featuring dance and choreography for videos and short films. Most recently she choreographed for and was featured in the award-winning music video “Faceoff”, which has gained international recognition as best video as well as best song in World Music.

Labonee has been presented at major festivals such as the Stars of Tomorrow Festival in Kolkata, North American Bengali Conference in San Francisco and Toronto, and the New York Kathak Festival in New York City. She also collaborates with musicians around the world, including most recently with Oliver Rajamani’s ‘Flamenco India’ presented at Austin City Limits. Labonee has toured extensively with the Chitresh Das Dance Company and served as center director and senior teacher at her Guru’s institution for many years. Labonee also teaches workshops internationally, including in India, USA, France, and Ireland.

As a second generation Indian based in America, she plays a significant role in preserving the cultural heritage of India in the East and spreading these values in the West. She represents a new generation of high caliber Indian classical artists and continues the mission of promoting, educating, and thus preserving the rich heritage of Kathak.

Labonee Mohanta…presented an engaging and highly improvised Kathak solo to a full house…with its complex subtleties and intricacies, and in the process displaying her stamina and endurance.

The highlight of the programme was the Kathak Yoga in which the dancer can be seen playing harmonium, while singing and dancing to rhythm, not an easy task by any means.